Showing posts from April, 2018
Show all

April 30, 2018
T hank you for your interest in the Pearl of Great Price and the amazing evidences revealed in its words that verify the truth of the book and provide substantive proof of Joseph Smith as Prophet of God. I pray it will augment your testimony whether flailing or solid.             Also, because I am the administrator of this blog, I see which chapters are read. I note that the first chapters have many more page views than the later chapters, which should be anticipated. However, may I suggest that if you don't at least scan the lists of each person's vocabulary, you will miss the startling evidences for Joseph Smith.           The Pearl of Great Price is a volume of scripture, a precious gem. I truly hope you enjoy learning more about it and especially pay attention to the unique vocabularies of twenty-seven individuals who speak in first person or are quoted. It's amazing! (c) Marilynne Todd Linford
Post a Comment
Read more 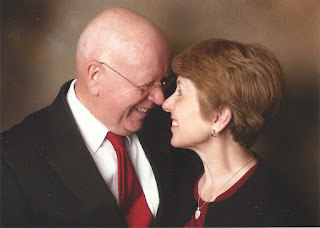 Introduction: Opening the Time Capsule If you opened the time capsule of my life, you would see that I was born on Governors Island of goodly parents. You would find that I am the oldest of eight and the mother of eight. You would find two breast cancer ribbons--one labeled 1996 and the other 2015. You could look through a stack of twelve published books and various magazine articles and anthology chapters. You would see memories of the Church History Museum where I have been privileged to be a docent for eighteen years. You would see a photo of Richard, my husband of 50-plus years. We celebrated his 75 birthday by taking this nose-touching photo, which was six months before I lost my hair again to chemo again. Shockingly this second time it came in gray and curly. There's a new me and a new normal. Us in August 2015   The new us in October 2016 I am a member of the Church of Jesus Christ of Latter-day Saints, a Mormon. I am a Bible-reading, Book of Mormon-reading grand
Post a Comment
Read more

April 20, 2018
In October 2015, my most ambitious writing project appeared on bookstore shelves. The publication of The Book of Mormon Is True made me happy. About the same day the book was available, I found a lump. On November fifth, I was diagnosed with recurrent breast cancer. Two surgeries, four rounds of chemotherapy, and thirty radiation treatments followed. It was rough. My first breast cancer experience had been nineteen years earlier. It was hard then, and being nineteen years older made it even harder the second time around.             The reason for sharing is to tell you that during this year of health challenges, in small bits of time, I was blessed to have a new book idea to work on that occupied by mind and buoyed my spirits. Mostly, I researched and wrote lying on my back with my laptop on my bent knees. This new book was antibiotic to my soul, rooting out the gloom that accompanies serious illness and treatment. I thank Heavenly Father for giving me an exciting idea
Post a Comment
Read more

Section One: Setting the Stage

Chapter 1: Will There Be Unique Words?

April 20, 2018
This book is about the Pearl of Great Price, but to get there, I have to start with my relationship with the Book of Mormon. In 2010, I received the idea to type out the text of the Book of Mormon, which I did. It took me eighteen months—565 days to be exact—which is five hundred more days than it took Joseph Smith and Oliver Cowdery to complete the original. I typed every word, cover to cover, except the footnotes. It was an amazing adventure to have the people become real and the doctrines personal. I cannot overstate the power of the experience.  However, the process was long and tedious. I typed early in the morning, late at night, and in between everything I did. When I finished the book of Mosiah at page 207 with 324 pages to go, I experienced what I thought was Book of Mormon–typing fatigue. I wanted to quit, to be done with the project. It had taken me more than seven months to get that far, and as rewarding as it had been, it was taking up all my spare time. For sever
Post a Comment
Read more

April 20, 2018
Before embarking on whether or not God’s word has been revealed anew in the Pearl of Great Price, the word  translate  needs exploring. For almost two hundred years, both member and nonmember have clung to a misleading definition of  translate,  causing confusion in Joseph’s role in bringing forth latter-day scripture.  A common theory among Church members assumes the words in the Book of Mormon are Joseph’s, not because he  authored  them but because he  translated  them. Supporters of this theory suppose that if someone else had translated the Book of Mormon, the stories and doctrine would be similar but in different vocabulary because the translating would have flowed through another translator’s educational level, experience base, culture, and intellect. People outside the Church assume that Joseph authored the Book of Mormon. To identify in whose vocabulary the Book of Mormon is written and how it was translated starts with understanding that the process of translation is t
Post a Comment
Read more

April 20, 2018
Chapter 3: Joseph Smith's Credibility I know  spiritually  and  intellectually that Joseph Smith did not compose the Book of Mormon. The unique words of almost sixty individuals; plus the fact that the Book of Mormon was recorded in sixty-five working days; plus the fact that it contains Hebrew poetic forms and styles; plus the plainness and consistency of the doctrine; plus its inspiring readability; plus external evidences; plus the promise of Moroni to all who read with a sincere heart, having faith in Christ, will know by the power of the Holy Ghost that it is true—all this adds up to a slam dunk for me. And although the idea to do the same word analysis with the Pearl of Great Price was intriguing, I thought of it more as an addendum to my Book of Mormon research and felt some—well more than some—anxiety. What if there were no unique words? What if the entire Pearl of Great Price was in Joseph Smith’s vocabulary? It would not change the fact that he was the Prophet of the
Post a Comment
Read more
More posts